Josh grew up in Princeton, New Jersey. His favorite show was M*A*S*H, and yes, he did always want to be Hawkeye Pierce. Primarily because Hawkeye used comedy as his coping mechanism which has become Josh’s go to strategy as well. Josh graduated from Princeton University where he majored in Russian Language and Literature (Da, Pravda!). Instead of becoming a diplomat he went to medical school at Cornell in Manhattan, then residency at the University of Chicago.

During his three years of transplant research at the Massachusetts General Hospital Josh met his amazing wife, Gretchen Schwarze (a vascular surgeon). Since 2005 Josh has been at the University of Wisconsin hospital where he did his transplant fellowship. Josh and Gretchen live in Madison, WI with two teenage daughters (who sometimes still like him) and Phoebe, the world’s friendliest golden doodle. When he is not pulling long stints in surgery or working in his lab he can be found reading, writing, watching Stranger Things, Marvel movies, or The Crown, podcasting, or trying to make people laugh. Josh’s ultimate goal in life is to be a comedian but so far he has had to settle for surgeon.

"The donors are the heroes"

“The key to surgery is humility. The only thing that matters is that the patient does well. You need to develop a sixth sense for when to slow down, step back, reconsider your plan, call for help. You really have one chance to get it right. Everything else is backpedaling.”

“This is the crux of being a surgeon: Patients and their families trust you to do the best thing for them, for their loved ones. They take you at your word. You bring people to the OR, you open up their bellies and their chests, their heads, their limbs, you put their lives into your hands, and your judgement becomes everything. This is both the beauty and the challenge of surgery. This is why we train so hard and help one another and push ourselves to be perfect even when we can’t be.”

Josh interviews a range of inspiring guests on The Sett podcast where they share their stories of what it takes to succeed in a career and more importantly in life. And not every guest is a surgeon or medical professional! 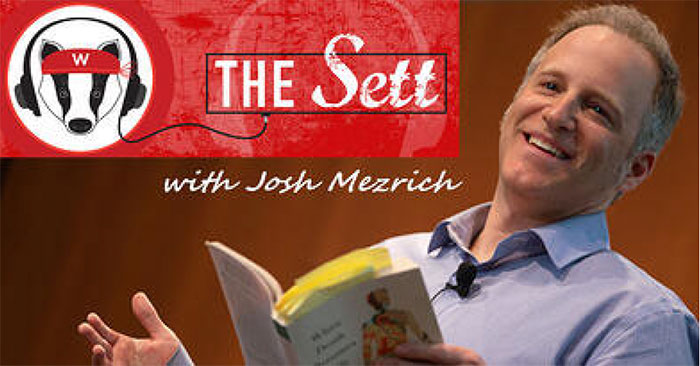 top 10 tracks for the OR